My friend Sarah Fitness did it and it's a really really cool idea...So here I am (I'm always cool after the fact)

It's okay....
- To laugh after getting on to your kids if it was really funny...(my son unrolled toilet paper all over the kitchen. what did I yell? "If I wanted a ferret I would have bought one!!!")
- To not workout when you're horribly sleep deprived.
- To stray from natural remedies if it means getting some sleep.
- To stop in the middle of this blog post to hug a baby.
- To be so tired that you can't finish a blog post...
Posted by Unknown at 1:59 PM 3 comments:

Email ThisBlogThis!Share to TwitterShare to FacebookShare to Pinterest
Labels: Link Up

This is my own recipe. Yes, I pulled it out of thin air.
Start your water boiling for your pasta.

All of that goes in the blender. Blend until smooth. 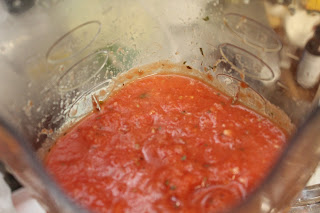 Meanwhile, brown 1lb of breakfast sausage in a pan.  Drain. Strain the tomato sauce (trust me on this) and add to the meat. 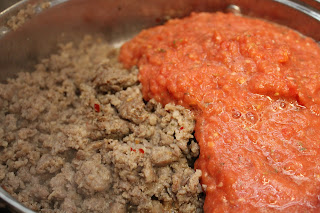 Mix and turn heat to low-med. Simmer.
Add your pasta and start your timer. 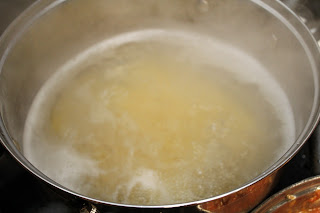 After you drain your pasta add a small can of tomato paste to the sauce and mix until it thickens. 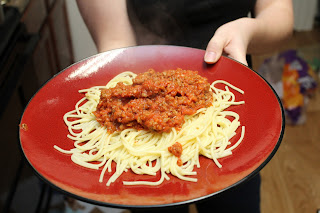 Posted by Unknown at 9:46 AM No comments:

Email ThisBlogThis!Share to TwitterShare to FacebookShare to Pinterest
Labels: Recipe

I originally got the recipe from Heavenly Homemakers.

Preheat your oven to 350F

Put just enough water in a pan to skim the bottom. Heat over medium heat. When it starts to steam add your spinach and stir around until it wilts. (It will shrink up) 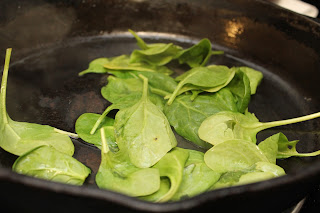 Take out and set aside to drain on paper towels. Pour off water.

Add a splash of oil (I used olive oil) and your veggies. Stir until they start to sizzle. 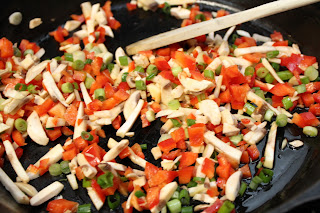 Add your sausage to the pan and break up into smaller pieces.

Meanwhile, beat your eggs into a large bowl.

Keep breaking up the sausage until it's cooked through. 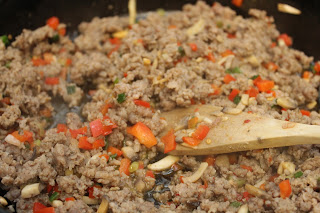 Drain and add the mixture to your eggs. Chop the spinach you set aside and add that too. 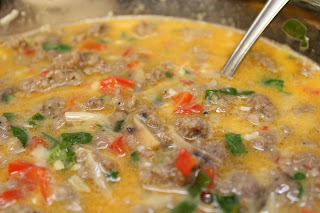 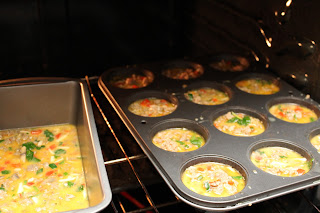 Bake for 15-20mins or until the egg is firm. Wait until it cools and remove from the tin. 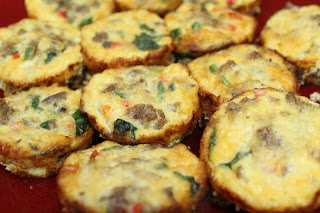 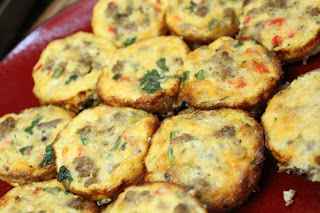 Enjoy! These are low carb and full of protein. It's also a great way to get veggies into your food. My kids gobbled them up (as did my veggie-picking husband).
Posted by Unknown at 8:35 PM No comments:

Email ThisBlogThis!Share to TwitterShare to FacebookShare to Pinterest
Labels: Recipe

This week as been terrible. I'll get the excuses out of the way...

- My baby hasn't been sleeping well so I'm sleep deprived.
- My knee aches.
- My hip might be turning out again and I can't afford the chiro.
- It turns out baby has a nasty outer ear infection (it was oozing) so I've been taking care of that.
- I. Just. Didn't. Want. To...


I haven't worked out all week long. My eating as been terrible. (I got stressed and ate like a piggy and then didn't make an effort to get back on top)


I don't want you to feel sorry for me. Truly. I want you to know that I'm human. I slip up too. I had a friend that I'm "coaching" tell me "Oh no! Now you know I'm eating cake!!" I don't care if you eat cake. Really. If I tried to monitor everyone's eating habits I'd go crazy.


Starting today I vow to do better. Do you?
Posted by Unknown at 9:19 AM No comments:

Email ThisBlogThis!Share to TwitterShare to FacebookShare to Pinterest
Labels: Motivation

Obesity...Should We Be Talking About It?

Someone said that this War On Obesity might actually be doing more harm than good because we're STILL focusing on APPEARANCE instead of BEHAVIOR. We should embrace good behaviors instead.
Sometimes I wonder if in 20 years we're going to have the opposite problem because so many kids (especially girls) were told "fat is bad!!!" their whole life.

As someone that suffered from an eating disorder for roughly 5 years I get a bit uncomfortable when weight is being discussed...especially regarding children. I especially hate that some schools are taking BMI and sending notes home to the parents that basically say "Your kid is fat."

Weight is not the problem. Lifestyle is the problem. Being skinny doesn't automatically mean healthy. At my lowest weight (115lbs...that's teeny for a 5'6" woman with a larger frame) I was malnourished and unhealthy. However, before I hit that low weight, when I was in the 120's, people told me how GOOD I looked and how they wanted to "lose weight and get healthy" like I had.
My mother isn't a fat person but her cholesterol doesn't reflect that. I've known overweight people with perfect cholesterol numbers.

Even the idea that "we focus on skinny models as perfection and that's unhealthy" is bad too. Some people are naturally stick-thin. It doesn't happen often, but I've known several people that eat like horses but remain super thin (my brother is one...).

We should focus on behavior. Are you exercising 3-5 times a week? 10-30 minutes a day? Are you drinking water instead of soda or juice? Do you limit processed foods?

Your body will reflect these choices in a good way. You may never be model-thin...you may even always be on the larger end of healthy. But that's okay! Your body has a set weight at which it functions best. That may change as you age (hormones do that)

I'm just afraid that in 20 years we're going have won the "war on obesity" and be fighting a "war on eating disorders" instead...

What do you think? Leave your thoughts in the comments below!
Posted by Unknown at 10:00 AM No comments:

Email ThisBlogThis!Share to TwitterShare to FacebookShare to Pinterest
Labels: Opinion

Hmm I need to make a cool button if this is going to be a regular thing.

Both of my kids dealt with fevers last week. Franklin, being older, took it a lot better than Bean. Both lasted about 26 hours and then it was like nothing happened. So weird.

We don't treat fevers in our house unless:
- It's REALLY uncomfortable
- It's really high
- It climbs quickly
- It's bedtime

We let fevers do their jobs. It definitely slowed Franklin down (he spent a day just laying on the couch...even napped a bit) and Bean napped more too.


However, this means I didn't do my workouts like I was supposed to...Franklin was content to lay on the couch and watch me exercise. Bean...not so much. He had to be held the whole time.

I also ate pizza on Friday night. I was super stressed and I'm SUCH an emotional eater. (I either get really hungry or not hungry at all) I ended up splitting a large pizza with my husband...that's 4 slices. AND it wasn't even as good as I thought it would be.


I wanted to share a conversation I had on FB recently about how we're dealing with this War on Obesity...give me your thoughts on the topic as well. It's public so just follow the link! I'm planning a blog about it in the next few days.
Posted by Unknown at 2:26 PM No comments:

Email ThisBlogThis!Share to TwitterShare to FacebookShare to Pinterest
Labels: Musings 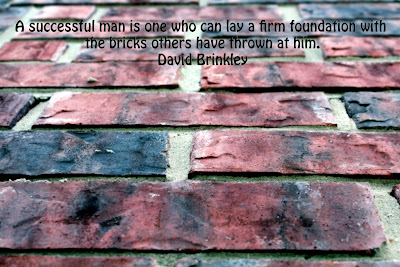 Email ThisBlogThis!Share to TwitterShare to FacebookShare to Pinterest
Labels: Motivation

Shakeology is expensive. Really, I'm the first one to admit that. If you buy a Challenge Pack and get it discounted and stay on Home Direct for the whole year you'll pay almost $1500 that year.

But you know what else is expensive?

Diabetes.
The American Diabetes Association reports that the typical monthly cost to treat diabetes runs from $350 to $900 for those who do not have insurance. ($4200-$10,800) Source

Obesity.
In fact, people who are obese spend almost $1,500 more each year on health care -- about 41 percent more than an average-weight person.  Source

Funerals.
The typical funeral with burial is about $7,000. Source


I'm not trying to be depressing! I'm trying to be realistic. Yes, $120 a month is a huge investment...but if you don't change your health NOW what will you pay in the long run?

Email ThisBlogThis!Share to TwitterShare to FacebookShare to Pinterest
Labels: Shakeology

Slim in 6 and Shakeology thoughts


I started Slim in 6 yesterday. I have a few initial thoughts...

1) They use REAL women in the video! That's a HUGE PLUS for me. These aren't skinny teeny tiny women. It shows that everyone can do it.

2) It's short. 30mins for a full body workout. There are additional videos (abs, stretching, thighs) that they recommend you add but they're sort of optional if you're pressed for time.

I'm also doing a modified Shakeology cleanse. I need more than the calories they recommend for the actual cleanse (breastfeeding) but I am replacing TWO meals a day instead of just one.

1) I need to branch out with my recipes...and not use milk each time.

2) Even though I ate "enough" my body didn't think so because I've gotten so used to stuffing myself. FAIL.

3) I discovered that I like pineapple juice (especially on grapes) but not pineapple itself...hmmm

4) Hummus and Carrots = Awesome snack.
Posted by Unknown at 8:19 AM No comments:

Promote Your Page Too