Don't Judge A Meal By Its Picture

Seriously, because this one looks kind of gross...but it was SO FREAKING GOOD!

These are the ingredients. I made this one up as I go along (as I usually do...) so the measurements are at your own discretion. 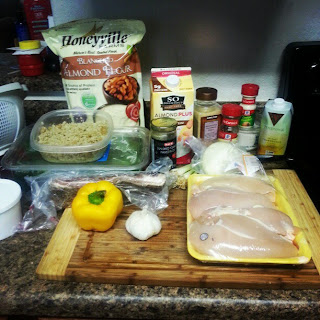 I didn't use the garlic or onion that's pictured because I was in a time crunch so powdered was easier in the moment.

The Quinoa Patties were easy. I mixed the leftover quinoa with about a cup of almond flour ( there was a little more than a cup of quinoa), some chopped green onion and bell pepper, and some spices. Then I added whole eggs until it got doughy (2-3). When you can form it into balls it's the right texture. Simply make patties and fry in your choice of oil until nice and brown on both sides!

I rinsed the chicken breasts and did a fast dredge in the almond flour (about 1 cup with the garlic, onion, salt, and red pepper). Then I fried those in a teeny bit of oil until they were almost done (a lot of the breading comes off and that's no big deal). I ended up putting them under the broiler to finish those last few degrees to done while I made the sauce.

I put a handful of spinach, a few sun-dried tomatoes, and 5 pieces of (chopped) bacon in the blender. I added enough almond milk to blend it.

While the chicken was out of the pan I deglazed with white wine (just enough to scrape it) and then poured the flour in and stirred it around until it combined. I added about half a cup of almond milk and the mixture from the blender and stirred frequently. I ended up adding more almond milk to make it more "sauce" consistency but that's just me!

I sliced the chicken and poured the sauce over it. Serve it with the patties.

Super yummy and high protein!!
Posted by Unknown at 2:34 PM No comments: 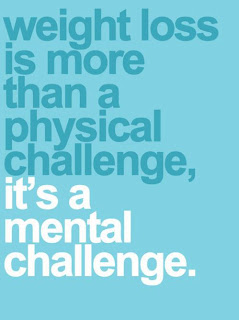 This is something that has been weighing on me (ha! See what I did there?) lately.

I have this weird mental block when it comes to losing weight.

I talked to my husband about it and he says it's understandable and I'm not crazy. (Well, not because of this! haha)

See, when I was 16/17 and my eating disorder peaked it was right after losing a bunch of weight the healthy way. I made healthy choices and the weight came off and I liked it...too much.

It was a slow and slippery slope to go from "healthy" to "unhealthy." I didn't just stop eating overnight or anything. It was a gradual process. And it was easy to fall into it.

Knowing that about myself. I think part of me is afraid to lose weight...even the healthy way. What if I get addicted to it again? What if I become unhealthy again? What kind of message does that set for my kids?

And then I have to ask myself...but is yo-yo dieting any better? Am I a good role model if I constantly sabotage my progress? Is being apathetic with a few extra pounds any better?

So that's where I'm at right now. Who knew you could be afraid of being fabulous?
Posted by Unknown at 7:41 AM No comments:

Email ThisBlogThis!Share to TwitterShare to FacebookShare to Pinterest
Labels: Musings

Now it's easy to see and PIN! 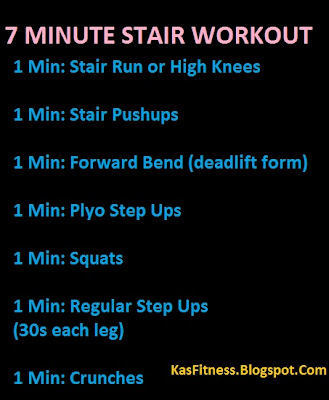 Posted by Unknown at 4:02 PM No comments:

Promote Your Page Too